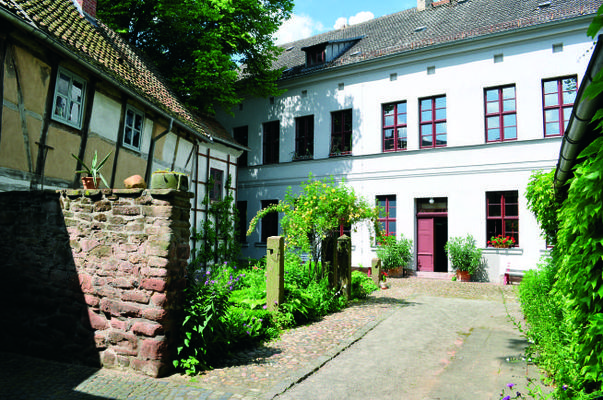 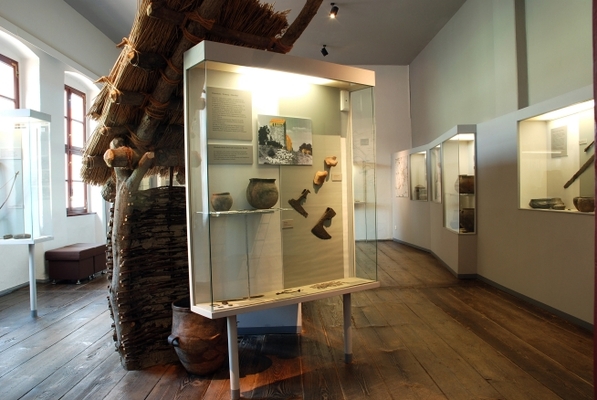 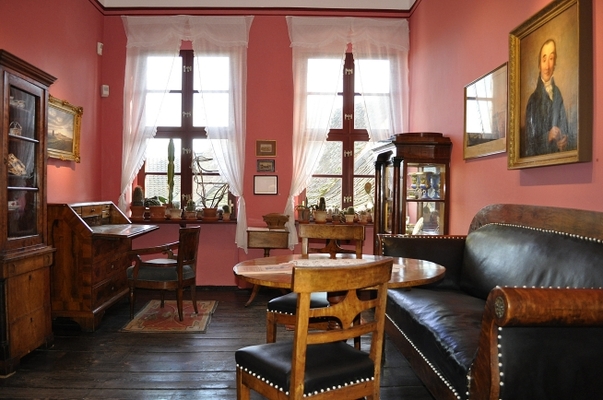 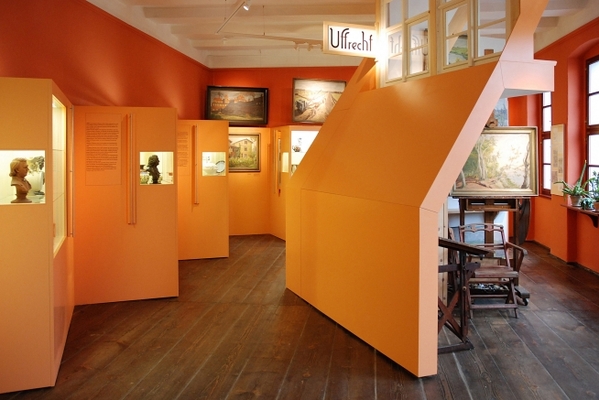 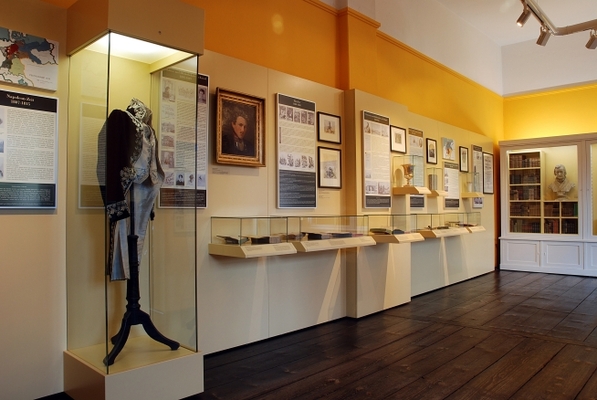 Museum Haldensleben
Since its inception in 1910, the Museum Haldensleben has been housed in a neoclassical school building from 1866 located in the historic centre of Haldensleben.
The exhibition begins its vivid journey through thousands of years of the Haldensleben regional history with pre- and early history artefacts such as bifacial stone tools, a dolmen and a bronze sword. The city history section explains the medieval origins of Haldensleben. The museum visitor can also get up close to the only existing original equestrian statue of Roland, from 1528, and can likewise learn about the origins of half-timbered architecture.
The exhibition on Johann Gottlob Nathusius's activities in Althaldensleben and Hundisburg begins with the historically accurate furniture of the Biedermeier Room and, augmented with products from the porcelain factory Nathusius founded in 1826, reveals the beginnings of the Hundisburg ceramic industry. Via the Uffrecht family, one of artists and manufacturers, the exhibition follows the industry's development all the way up to recent times. If the modeller Jakob Uffrecht is found at the beginning of the family business, the town history exhibition also presents two further craftsmen of note from the Biedermeier period that were sponsored by Nathusius, namely the porcelain painter Grünewald and the lithographer Eyraud. The original exhibits of the main building are supplemented by the recreated workshops located in the two half-timbered houses adjacent to the museum courtyard.
The spinning room of this open-air museum dedicated to the town life of the Biedermeier period makes reference to the fairytale collecting activities of the brothers Jacob and Wilhelm Grimm. The travels of the well-known linguists may never have brought them to Haldensleben, but the Grimm family were long-time friends of the Nathusius family. As a result a portion of the Grimm estate found its way to the Museum Haldensleben, which now houses the largest inventory in Germany of Grimm family furniture and portrait busts.

House of the Other Neighbours
Located on Steinstraße ("Stone Street") in the historic centre of Haldensleben, the House of the Other Neighbours is an extraordinary outpost of the Museum Haldensleben. Built in 1822 as a Jewish temple and synagogue, the little half-timbered house served as the central meeting place of the town's Jewish community until 1907. Thereafter, it was used as a house of worship by the town's New Apostolic Christians. The traces that these two religious communities left behind were the basis for reopening the renovated structure in 2007 as part of the museum. Here, visitors can learn about the history of Jews and Apostolic Christians in Haldensleben. The unique building also opens its portals for cultural activities and creative projects.

Hundisburg School Museum
The Hundisburg School Museum, an outpost of the Museum Haldensleben, was established in 1988 in the oldest school building of Hundisburg, which was built in 1704 on Dönstedter Straße ("Dönstedter Street"). The authenticity of the classroom, which was enlarged several times throughout the 19th century, is evidenced in the old mullioned windows, the oiled floorboards and the historic furnishings. The teacher's desk, made in 1887 by master carpenter Rhese, stands unchanged in its original location. The blackboards, however, which are used primarily for young museum visitors, were recreated in accordance to traditional designs.