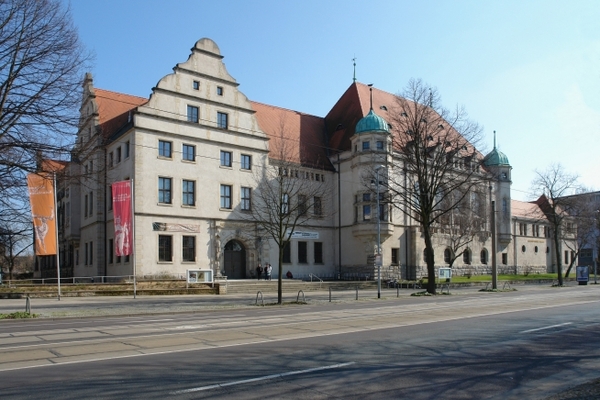 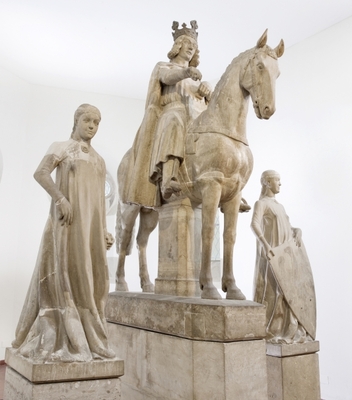 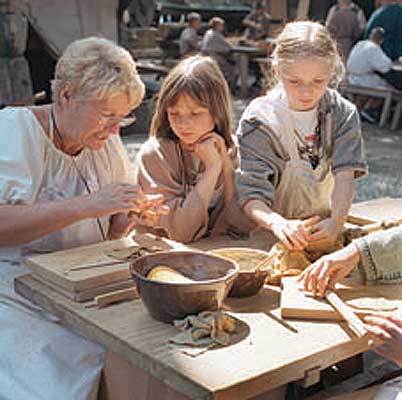 Today's Kulturhistorisches Museum Magdeburg evolved from the former Kaiser Friedrich Museum, and still occupies the same historic building which first opened its portals in 1906. And even if we now use contemporary terminology, the role of the museum has remained the same: by placing the history of Magdeburg within a European context, we facilitate a reciprocal dialogue and exchange between the citizens and visitors of Magdeburg and the artistic and cultural history of the city and Europe.

The most famous landmark of our museum is the Magdeburger Reiter ["Magdeburg Horseman"]. Have you seen the real sculpture in person? The Magdeburg Horseman and its two companion pieces are now found in one of the most beautiful rooms of the city, the mediaeval Kaiser-Otto-Saal ["Emperor Otto Hall"] of the Kulturhistorisches Museum Magdeburg.

Here, in addition to the Magdeburg Horseman, the oldest free-standing equestrian statue north of the Alps (c. 1240), you'll find the monumental painting from 1906 by Arthur Kampf, "Three Murals with Scenes from the Life of Otto of the Great". Also, on Domplatz ("Cathedral Square"), there is a walled tomb from the 10th century.
The permanent exhibition, "Magdeburg – The History of the City", traces the turbulent history of the medieval city, which was completely destroyed and rebuilt twice (1631 and 1945). The exhibition documents the daily life in Magdeburg as a Prussian fortified town, as a city of "New Construction" in the twenties of the 20th century, during the time of the GDR up to the "Peaceful Revolution" in 1989, and the subsequent designation of the city as the State Capital of Saxony-Anhalt.