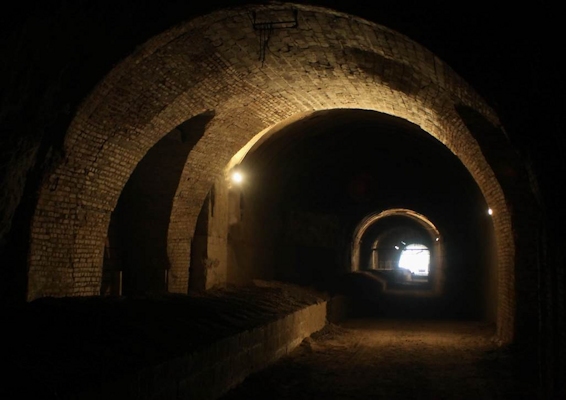 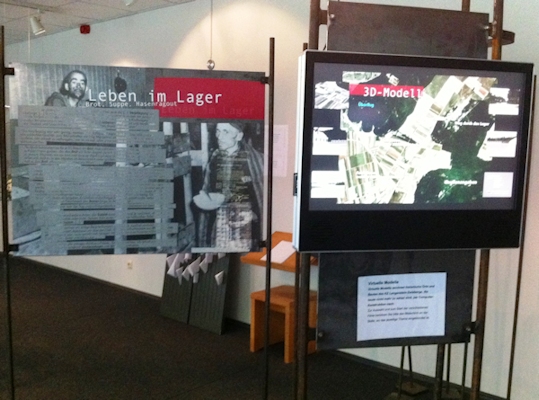 In the March of 1944, under the codename "Malachit", the Reich Ministry for Armaments and War Production began the preparations for the underground relocation of armaments production to the Theken Mountains near Halberstadt. For this express purpose, the SS established a satellite camp of the Buchenwald concentration camp near the small village of Langenstein in 1944. Roughly 13 kilometers of underground tunnels were subsequently dug into the stone of the mountain by approximately 7,000 prisoners from 23 countries using, for the most part, the most primitive of means. On April 9, 1945, the SS evacuated the camp and forced the prisoners into a death march. Two days later, the US troops reached the camp.
A memorial has commemorated the victims of the Langenstein-Zwieberge concentration camp since 1949. It includes the former grounds of the camp, an administration and exhibition building, as well as limited access to 120 meters of the tunnel system.

The educational resources include not only the history of the concentration camp in the context of the arms production of the National Socialists, but the individual fates of the prisoners as well. Furthermore, due to the long-term existence of the memorial site, it offers the possibility of contemplating the changes and developments in the memorial and commemoration culture across six decades. By prior arrangement, the realization and implementation of the educational possibilities can be adjusted to the age, background, type of school, and living environment of the visitor.
Please note: The size of the former concentration camp as well as the in-part considerable distances (e.g., from the visitor and documentation center to the accessible section of the tunnels) require a corresponding amount of time.