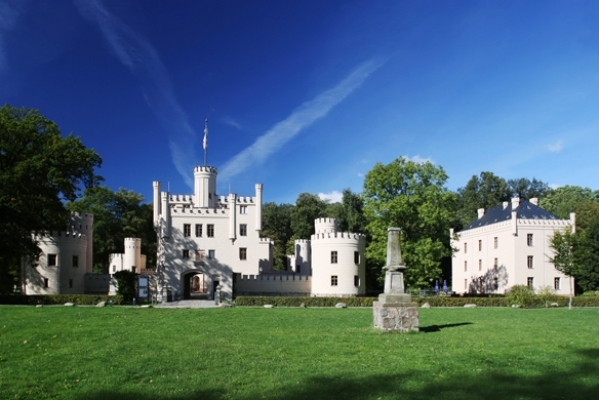 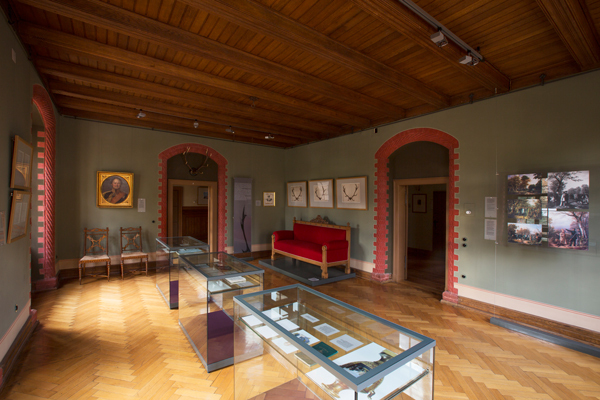 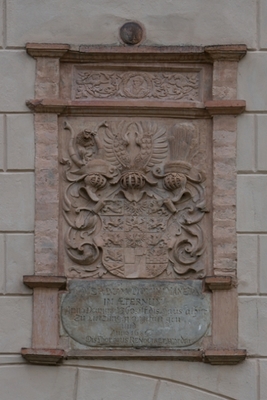 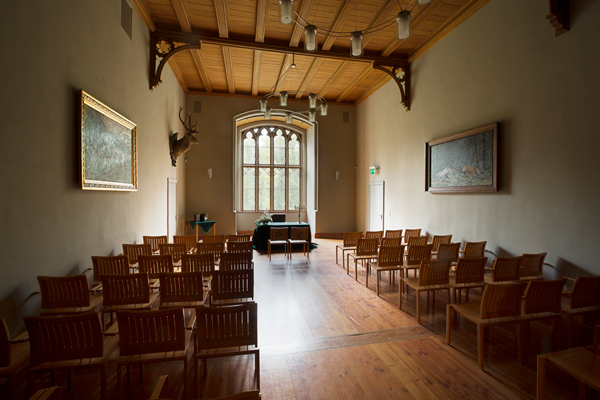 The picturesquely located Letzlinger Schloss ["Letzlingen Hunting Lodge"] was built between 1559 and 1562 by order of Prince-elector Johann Georg von Brandenburg. The stately hunting lodge owes its existence to his love of hunting and fondness for the game-rich region, as does the lodge's metaphorical moniker Hirschburg ["Stag Castle"].

Joachim Friedrich, his son and successor, also took a liking to the peaceful secondary residence located in the southern Altmark.
In the 19th century, another Hohenzollern rediscovered the castle for himself. While traveling through the Altmark, Friedrich Wilhelm IV of Prussia got to know the old Hirschburg. In 1843, he contracted Friedrich August Stüler to rebuild the structure in neo-Gothic style. In the 1860s, the castle ensemble was rounded out with the new church as well as the cavalier house and castellan house. Between 1843 and 1912, court hunts were held in Letzlingen; particularly during the rule of German Emperors Wilhelm I and Wilhelm II the hunts became a major social event. European monarchs such as Alexander II of Russia and prominent statesmen like Otto von Bismarck were known to take part in them.

Following the abdication of Wilhelm II, Letzlinger Schloss was leased by the Freie Schul- und Werkgemeinschaft ["Free School and Workmanship Association"] for a boarding school based on progressive educational approaches. The association and school disbanded in 1933. A military hospital was set up in the castle in the early 1940s and subsequently, from 1945 to 1991, it was a general hospital.

Comprehensive repair and restoration work was required before the former Hohenzollern hunting lodge, the only surviving structure of its kind in Saxony-Anhalt, could be opened to the general public. Since January 2001, it has housed a permanent exhibition on the history of the castle itself and on hunting in the region of the Colbitz-Letzlinger Heide ["Colbitz-Letzling Heath"]. In April 2014, a redesigned and expanded exhibition was opened on the second floor.

The former imperial dining room, now known as the Kaisersaal, offers a romantic ambiance for weddings and other special occasions. Rooms are also available for private celebrations, conferences, seminars and receptions. The castle restaurant Kaiserhof is happy to satisfy your needs for food and sustenance.

Since mid-April 2014, the permanent exhibition on the history of the castle and hunting in the region of the Colbitz-Letzlinger Heide is housed in the expanded exhibition rooms on the second floor.