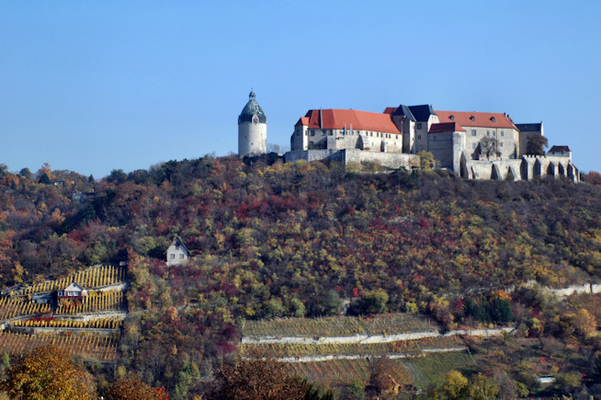 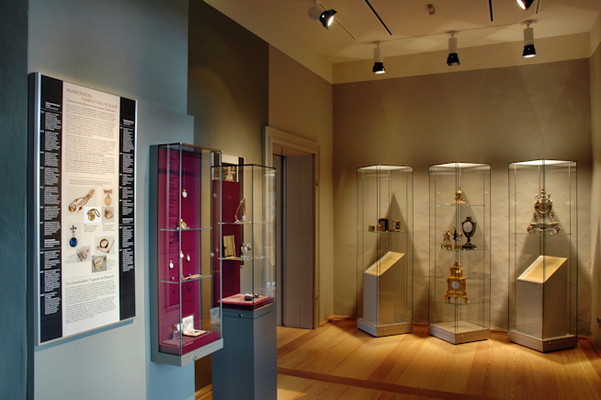 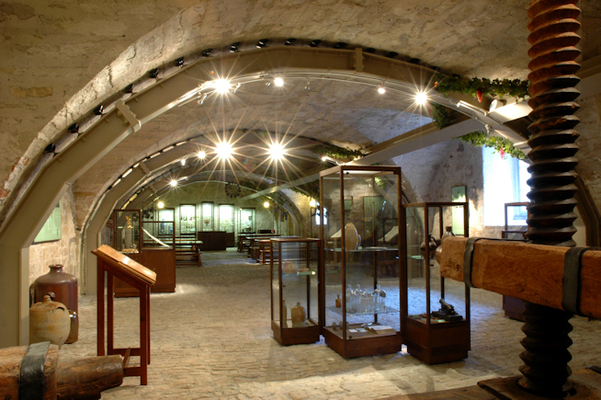 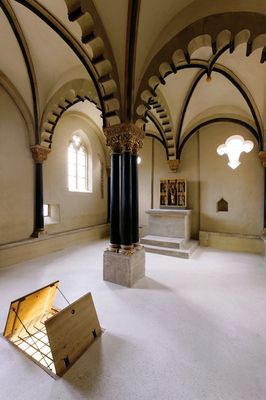 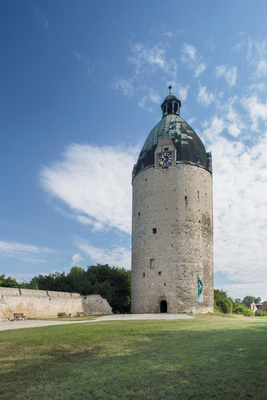 Amidst the old cultural landscape along the river Unstrut, the mighty castle complex of the Neuenburg Castle soars above the small wine town of Freyburg.
The Thuringian Count Ludwig der Springer founded the castle around 1090 to secure the claim of power in the east for his family, the Ludowingers, much as Wartburg Castle did in the west of his territory. With the ascent of the family, which as landgraves of Thuringia was among the top leaders of the imperial potentates, Neuenburg Castle was expanded with representative residential buildings as well as sturdy towers and walls. The Romanesque double chapel with its extraordinary architectural ornamentation, built in 1180, still remains a rare architectural treasure today.
The medieval history of Neuenburg Castle is associated with some noteworthy names, among others the Holy Roman Emperor Barbarossa, who was related to the Ludowingers by marriage; the poet and minnesinger Heinrich von Veldeke, who was born close to Maastricht; and, most prominently, Landgravine Elisabeth of Thuringia, who was canonized in 1235. You will be fascinated by the medieval beauty of the myth-enshrouded Neuenburg Castle and its more than 900 years of history. The gates of the largest castle of the Thuringian landgraves as well as those of the sister castle to the Wartburg Castle are open for you all year round.

Historical Museum
The permanent exhibition Burg und Herrschaft ("Castle and Sovereignty") deals with the most important period of the history of Neuenburg Castle, from the 11th to 13th century. Modern technology and the prominent presentation of valuable original documents and objects provide a fascinating insight into the world of the High Middle Ages.

Wine Museum of Saxony-Anhalt
In 1998, on the occasion of the anniversary of "1000 Years of Wine on the Saale and Unstrut", the Wine Museum of Saxony-Anhalt opened at Neuenburg Castle in Freyburg on the Unstrut. The permanent exhibition Zwischen Fest und Alltag - Weinkultur in der Mitte Deutschlands ("Between Festivity and Daily Life – The Culture of Wine in Central Germany") also houses a bar area where you can enjoy a selection of classic and rare wines amidst the unique ambience of the gallery's vaults.

Kinderkemenate® ("Children's Chamber")
The younger guests have a realm all for themselves at Neuenburg Castle: the Kinderkemenate®, or "Children's Chamber". There is a throne, tables and benches, a sideboard with beautiful old vessels and equipment. Of particular interest and delight is the sumptuous wardrobe: the children can dress up for the special daily children's tour at 3 PM. They can play landgrave or countess, king or bishop, knight, noble lady or juggler and explore Neuenburg Castle as a small royal court.

Tipps
Holiday ApartmentsHoliday Apartments
The castle has two lovely furnished holiday apartments in the Jägerhaus ("Gamekeeper's House"), which is located just above the Neuenburg Castle Brunnhof ("Fountain Courtyard"). The apartments have become a true insider tip due to their fantastic view across the Unstrut Valley.

Events, Banquets, Marriages
You would like to celebrate the most beautiful day of your life in a historic setting? This is easily possible at the largest castle of the Thuringian landgraves! The historic rooms of Neuenburg Castle can also be rented for conferences, workshops, seminars, congresses, concerts and lectures. Whether for a private or corporate event, those in search of something special will enjoy an unforgettable experience at Neuenburg Castle.