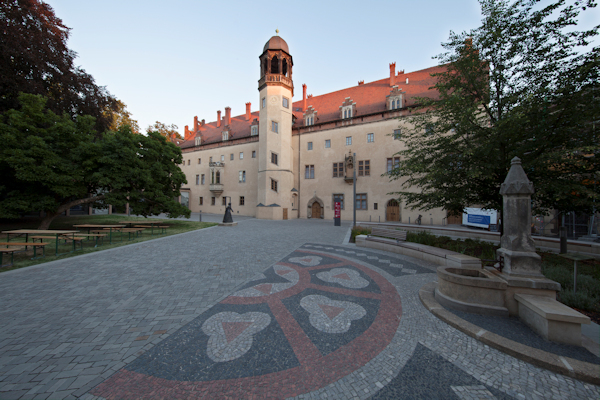 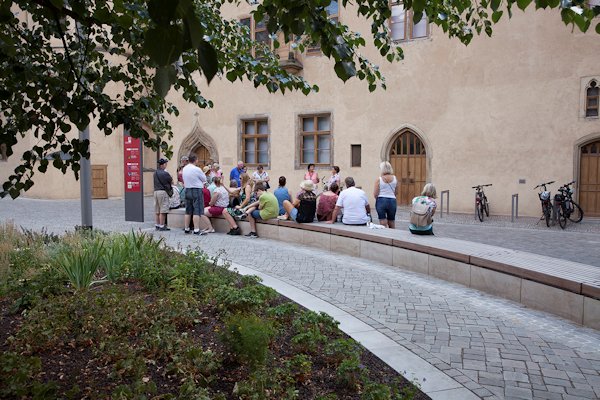 For the first time in the museum’s history since 1883, the former "Black Cloister" has exclusevely been used for exhibitions. Thus the dream of the founders of the Luther Hall has been fulfilled. Some rooms on the ground floor, which are merely used for seminar courses and the museum’s educational theory, constitute an exception. Further exceptions are those rooms on the second floor which have to be used as a depository and the library, because there isn’t much room left outside the foundation.
Permanent exhibitions exclusively present originals to the visitors. Owing to the generosity and financial support of the Federal Government and its Länder and as well of the church some interesting objects could be bought, which impressingly complete the traditional collection consisting of paper.
In order to fulfil the visitors wishes the exhibition grounds have been devided into different areas. Visitors can go on a tour with respect to LutherÂÂÂÂÂ´s biography. This tour leads to the ground floor and parts of the first floor where you will find the most important rooms of the museum. There youÂÂÂÂÂ´ll find the most impressive objects of Martin LutherÂÂÂÂÂ´s life work. Apart from his writing and books LutherÂÂÂÂÂ´s habit and drinking mug from his possessions are presented and some paintings of Lukas Cranach.
Visitors who have more time and additional interests can view further exhibits which form a group around the biographical tour.
There is another highlight in the new entrance building, namely, the foundation of LutherÂÂÂÂÂ´s tower which was found again.
A dezentralized exhibition of the construction extends over the whole exhibition grounds. Another exhibition shows clearly what kind of revolutionary influence and consequences LutherÂÂÂÂÂ´s Reformation had on the letterpress and the broad public.
The basement is another exhibition space which presents the everyday life of the Luther family and got the title "Zu Haus bei Martin Luther" ("At Home with Martin Luther").
Dedicated to Katharina von Bora there are also exhibits to be seen in the basement.
Finally there is the treasure chamber with precious objects from nine centuries to be found in the attic of the house and a presentation of LutherÂÂÂÂÂÂÂ´s work and its effects from the late 16th century up to the 20th century.
The presentation is completed by multimedia means to work out important showpieces which can be used by the visitors. In one special room visitors can independly make investiations about the data banks of the Luther House.
The foundation of the Luther museum in 1883 aimed first and foremost at the presentation of the German Protestantism.
Today all exhibitions concentrate on LutherÂÂÂÂÂ´s works and its effects. For this reason the museum has returned its old name, namely, "Lutherhouse".