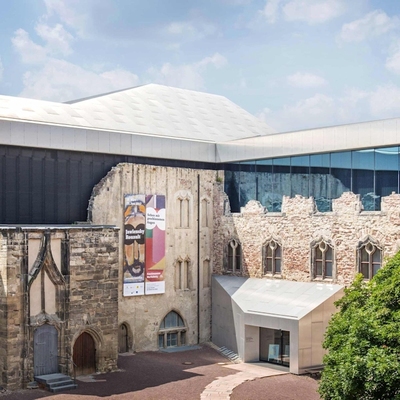 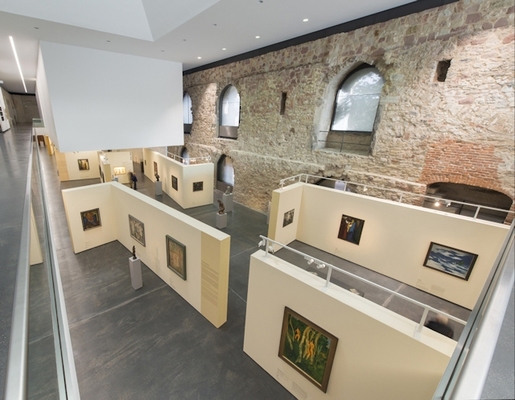 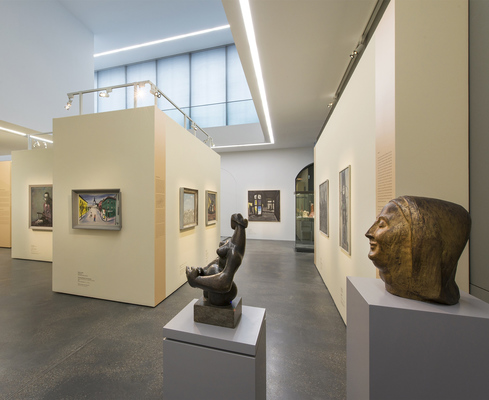 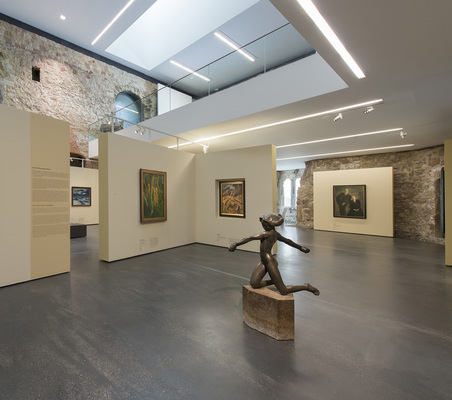 The art museum is housed in a castle from the late 15th century that once served as the residence of the Archbishop of Magdeburg. During the Thirty Years War, the Moritzburg Castle suffered severe damage. It was converted into a museum in 1900.

The historic west and north wings of the castle were furnished with a modern roof structure as part of the contemporary extension designed by the Spanish architecture office Nieto Sobejano, which was completed at the end of 2008. The new exhibition rooms house the high-quality classic modern art collection of the Stiftung Moritzburg ("Moritzburg Foundation"). The collection includes three paintings from Lyonel Feininger's renowned Halle Cycle, works of Expressionism (Die Brücke and the Blaue Reiter), Constructivism (El Lissitzky), and the Neue Sachlichkeit ("New Objectivity"), as well as the permanent loan of the Hermann Gerlinger Collection featuring works by artists of Die Brücke.

The permanent exhibition in the new extension features art from 1945 to the present. A small room of the work of the Halle artist Albert-Ebert (1906-1976) was established in the north-west tower in April 2009. Pioneers of Modernism and artwork from the 19th century are presented in the historic south wing of the Moritzburg Castle, and medieval carved sculptures are to be seen in the Gothic vaults of the castle.