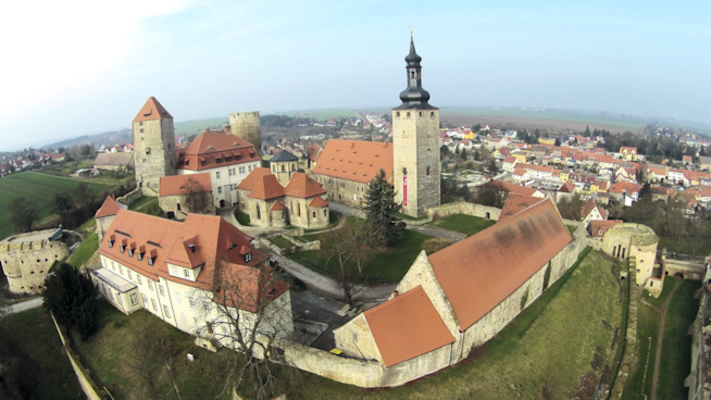 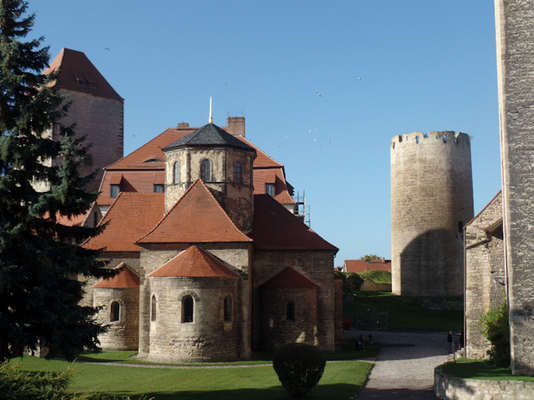 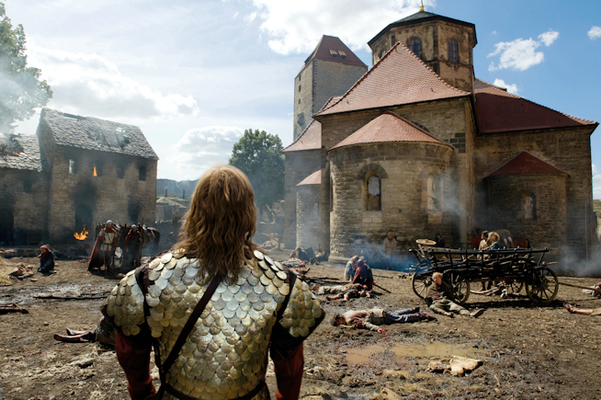 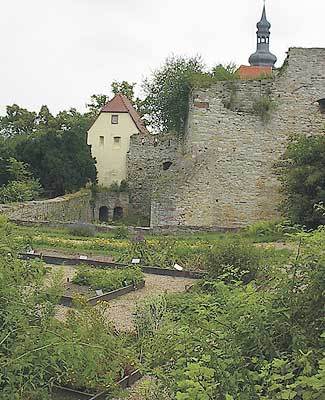 The silhouette of the mightily towered Querfurt Castle rises at the southwest edge of the city of Querfurt. With a surface area of approx. 3 hectares, the structure is one of the largest castles in Germany; it is approx. seven times larger than the Wartburg Castel in Eisenach.
The oldest basic structure of the castle is from the 10th century and can be viewed when visiting the museum. An exhibition on pre- and early history, as well as the history of the castle and city, can also be seen. The Southeast European influenced Roman Church of the Holy Cross, built during the third quarter of the 12th century, is also worth visiting.
A fabulous view of the region awaits visitors from the "Paris Tower", the 30-meter-high observation tower.
As a special tip we would like to call to your attention the upcoming opening on 19 June 2009 of the new special exhibition entitled "The Holy Well of Querfurt–Peacemakers and Missionaries in Europe from 1009 to 2009".