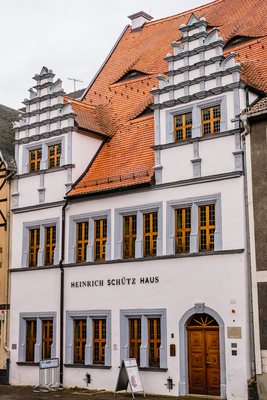 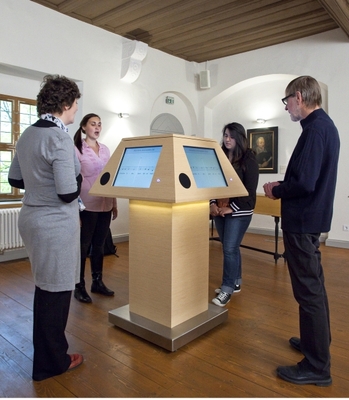 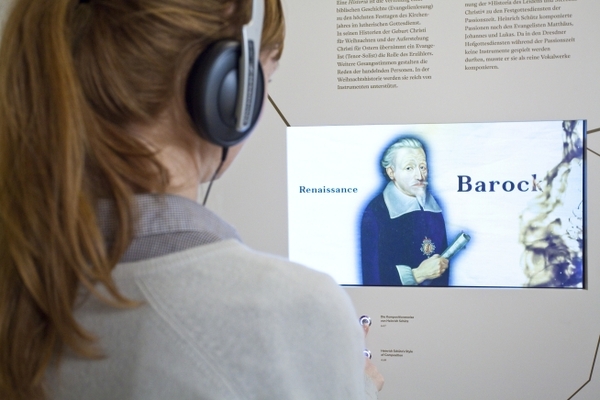 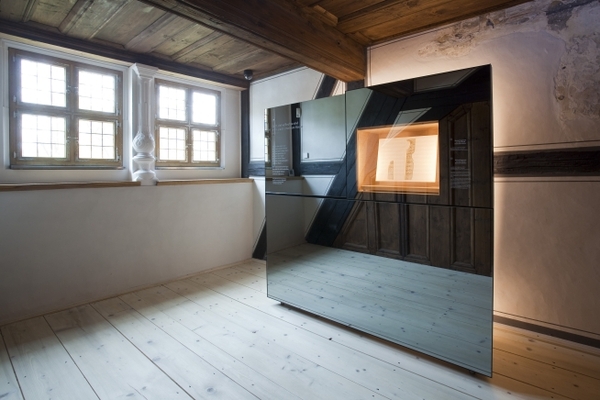 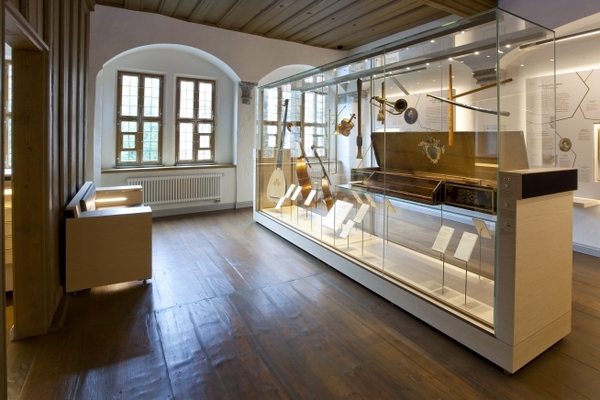 The Heinrich Schütz House is the last remaining original residence of the composer. In 1651 Schütz purchased the house for his retirement, and he lived in it until shortly before his death in 1672. Within the walls of the actual place where he worked, the exhibition brings the life and work of the composer to life. The highlight is the restored composing chamber, though the two original fragments of compositions written by the master's own hand that are on exhibit here are also highly esteemed.

Alongside historical musical instruments, the museum also features some rare, original early printings of his works. Audio stations and films provide visitors with a striking impression of Heinrich Schütz's method of composition. A sonorous music desk invites one to join in singing. On four "Schütz sofas", adults and children meet the elderly composer himself: Heinrich Schütz recounts important stations of his life in fictional audio dramas.

The Renaissance House was completely renovated from 2010 to 2011. An architectural and archaeological discovery path draws attention to notable structural details and discoveries. The annual programme includes regular chamber concerts, lectures and the Weissenfels Music Week. Every October the Heinrich Schütz Music Festival is held, organised by the Mitteldeutschen Barockmusik e. V. ("Central German Association of Baroque Music") in cooperation with the Schütz Houses of Bad Köstritz and Weissenfels as well as the Dresdner Hofmusik e. V. ("Dresden Association of Court Music"). The museum's MusikWerkStatt ("Music Worksop") offers school classes and families a diverse and appealing educational programme.

Heinrich Schütz (1585–1672) is undoubtedly one of the most important German composers of the 17th century. Born in the Thuringian town of KÂÂÂÂ¨stritz, he spent his childhood and teen years in Weissenfels as well as in Kassel, where he was a choirboy. After studying music in Venice, he became the court chapel master in Dresden. During his lifetime the composer travelled all over Europe, from Denmark to Italy. He was the most important intermediary of Italian music within the German-speaking countries of the time. He work had a forming influence on Lutheran church music.