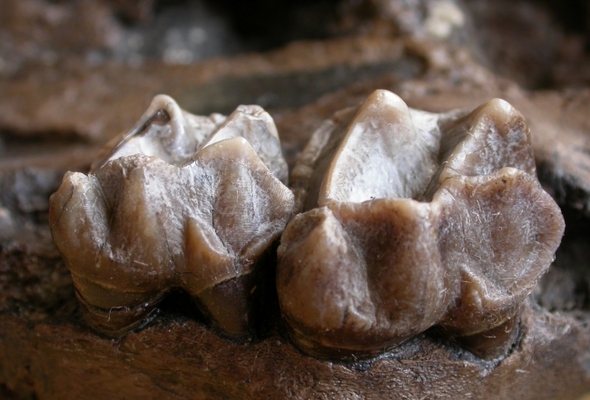 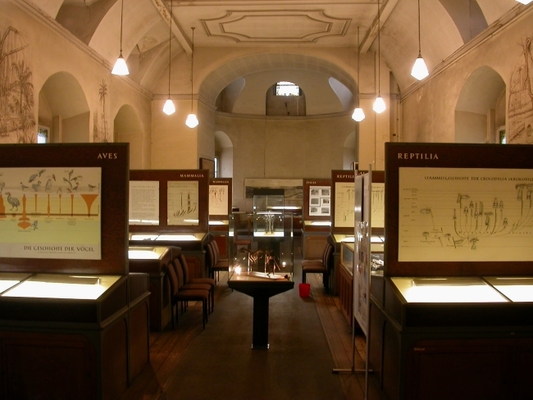 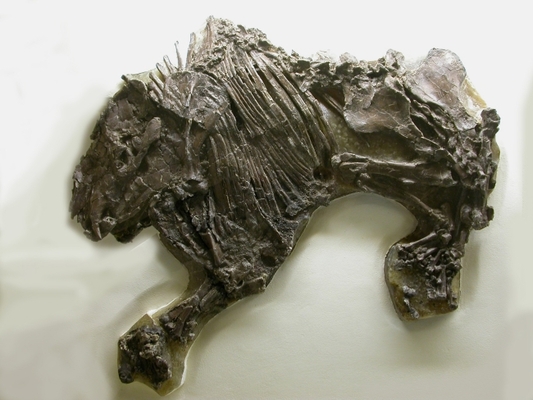 The Geiseltal Museum is located in the center of Halle in a residential structure from the early Renaissance originally built for the Archbishop of Mainz and Magdeburg.

As a result of the extensive lignite mining in the Geiseltal area south of Halle, the remnants of early Tertiary vertebrate with a geological age of approximately 45 million years were discovered in 1908. In 1925, the Geological-Paleontological Institute began systematic excavations. The Geiseltal Museum was founded by Prof. Dr. Johannes Weigelt in 1934. Up until 1993, an extensive treasure trove of finds could be recovered as a result of the intensive lignite mining. The total number of the inventoried important finds amounts to approx. 30,000 objects. Due to the excellent condition of the fossils exhibited in the permanent collection (including complete skeletons, structurally accurate conserved soft tissue, stomach contents, feathers, furs, body cells, colors, chlorophyll), the collection enjoys international scientific repute for its great importance in tracing the development of mammals. In addition to jawed and jawless fish, frogs, salamanders, turtles, snakes, lizards and crocodiles, the exhibition also includes birds, numerous mammals, and plant fossils. Of particular international renown is the truly unique specimen of a virtually complete skeleton of an ancient equid, the Propalaeotherium isselanum, which reached the size of a German shepherd when fully grown.