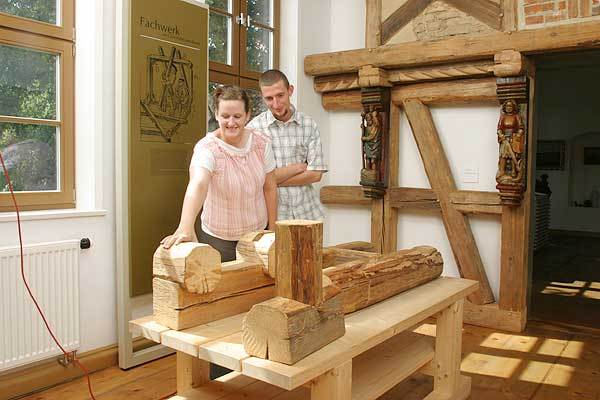 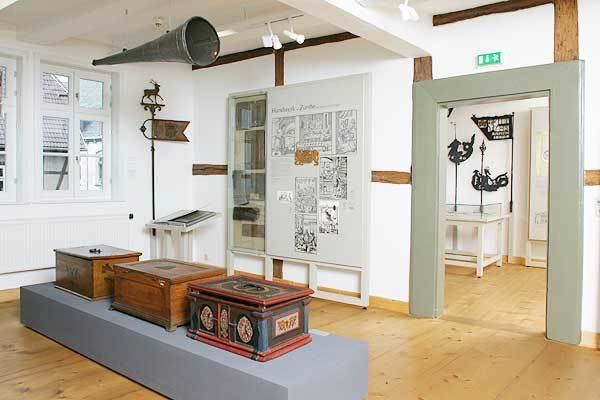 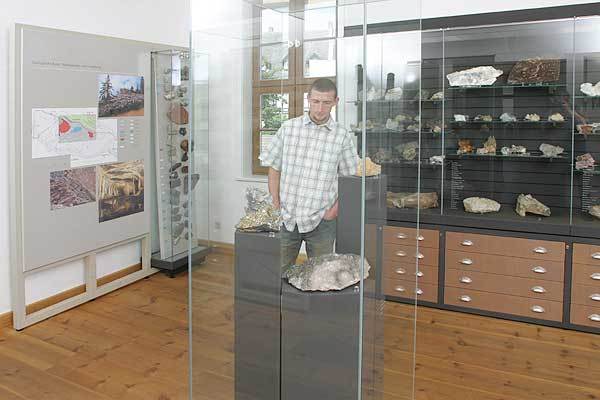 The building of the Harz-Museum, erected as a residential building in 1821, stayed private property till 1918. Then it put up municipal authorities, e.g. the police and construction management.
The museum has been on the upper floor since 1954. After extensive reconstruction and redevelop measures the museum could be opened on May 15th, 2001 with a new permanent exhibition.
The exhibition is divided into a scientific part and a part which is more orientated towards the urban history.
The Harz-Mountains, the highest low mountain range in northern Germany are introduced in the first part of the exhibition. They are clearly different to the neighbouring natural areas referring to fauna, flora and geology.
Fossils, minerals and rocks document their geological development as well as the development of life. They were the basis for long-lasting mining whose traces can be found even today.
The animal kingdom of the Harz-Mountains has got rare and even unique species. The examples of these species are assigned to their habitats under the aspect of nature protection. In the second part of the exhibition you get a short summary about the history of Wernigerode which goes back to the 9th century.
The development of arts and crafts in Wernigerode, e.g. tin foundry and rifle making, is introduced with appropriate products.
The tourism and half-timbering of Wernigerode have also found their room in the museum. Painting and graphic are now regular components of the exhibition, too. The main emphasis is put on works of the art colony in Wernigerode and the Harz-paintings of the 19th century.