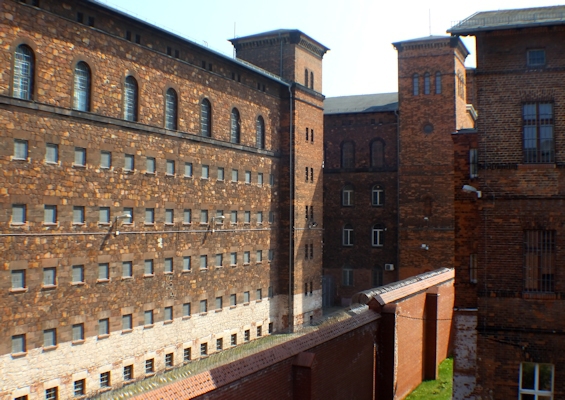 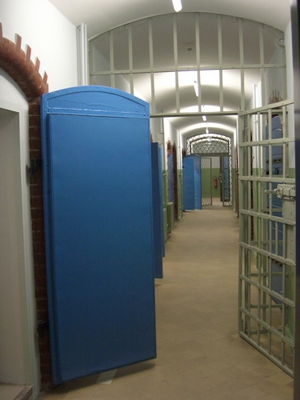 Known as the "Roter Ochse" ("Red Ox"), this still-operational prison complex was opened as a "Royal Prussian penal, learning and reform complex" in 1842. The memorial is located in a section of the prison that is over 100 years old. This section was originally built as a hospital, but was later used as an execution site by the National Socialist judiciary, as a detention center by the Soviet secret service following the Second World War, and, from the early 1950s until 1989, as a services and interrogation building by the GDR Ministry for State Security (Stasi). Among other things, the armory as well as a photo lab and some prisoner workshop areas have been preserved in their original form. Two rooms, furnished with the original inventory, are dedicated to the interrogation methods of the Stasi. Excavations of the execution grounds, where more than 500 men and women lost their lives, have uncovered the foundations of the original guillotine.

Individual documentation areas offer viewers an insight to the history of the "Rote Ochse" as well as to the victims of the political judiciary of the dictatorships before and after 1945. The permanent exhibition, Der ROTE OCHSE Halle (Saale) – Politische Justiz 1933-1945 / 1945-1989 ("The Red Ox Halle (Saale) – Political Judiciary 1933-1945 / 1945-1989"), which spans two separate areas on the ground-floor and on the second floor, documents the history of the prison under two succeeding dictatorships.

Guided tours as well as seminars dedicated to different thematic areas are available for visiting groups; likewise, project days can be organized for school groups (9th grade and above). Timely advanced registration is requested.
Detailed information on the available educational opportunities can be found by clicking on the link to the online presence of the "ROTER OCHSE" Memorial Halle (Saale).