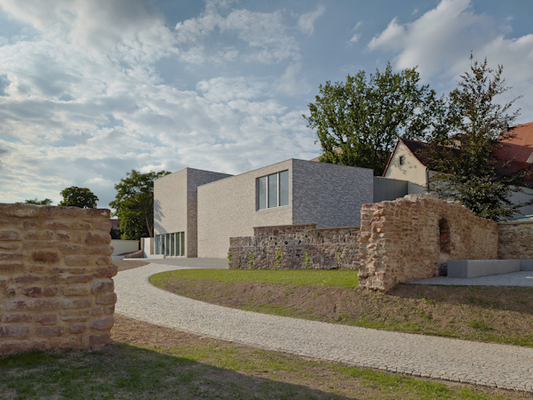 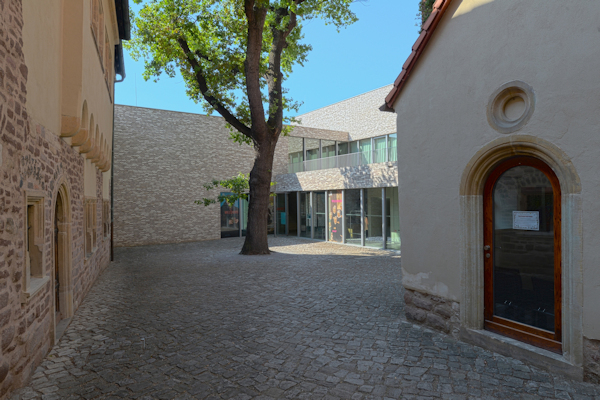 Martin Luther's life came to full circle when he died in Eisleben, the city where he also was born, on 18th February 1546. Martin Luther was called to his Counts of Mansfeld to settle disputes. He obeyed the voice of his heart to reconcile his "kind sovereigns" before he was put into the coffin. After arduous negotiations the treaties were signed on 16th and 17th February 1546.
The body of the Reformer was laid out in the Andrew Church, which was built in late Gothic style. Martin Luther gave his last sermons in the Andrew Church, which is the market church of Eisleben. After the mourning service Martin Luther was taken out of town accompanied by persons of high rank and by the crowds.
The Elector Prince Johann Friedrich of Saxony didn't comply with the request of the Counts of Mansfeld to bury Martin Luther in Eisleben. The body was taken to Wittenberg instead. It is supposed nowadays that Martin Luther died in the house of the count’s Chancellor Dr. Philipp Drachstedt.
Only in the 19th century people became aware of this house. In 1862 this house, which was private property, was bought by the Prussian exchequer, and was restored in its late Gothic style. A worthy equipment of the house was strived for on private initiative and in 1894 a memorial with furniture of the German Renaissance could be opened. Its main attractive is Luther's original pall which was purchased by his descendants.
Today's exhibition informs about Martin Luther's last journey, his relationship to the Counts of Mansfeld, especially about his attempt at mediation and as well the reports about Luther's death and funeral.
Besides the pall there are shown replicas of the death mask and death hands. The originals were taken in Luther's house, where he died, and came into the possession of Justus Jonas. A painter in Eisleben who was a temporary employee at the Cranach workshop portrayed Luther on his death-bed, which is the most common portrayal of the dead Reformer in his shroud, his head resting on a pillow. A second portrait was handed over by the Hallensian painter Lucas Furtenagel. It's a coloured brush work painting that only shows the head of the Reformer. Two replicas of those paintings are exhibited.