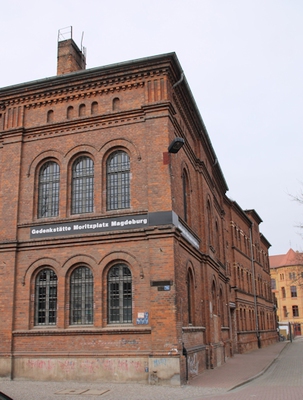 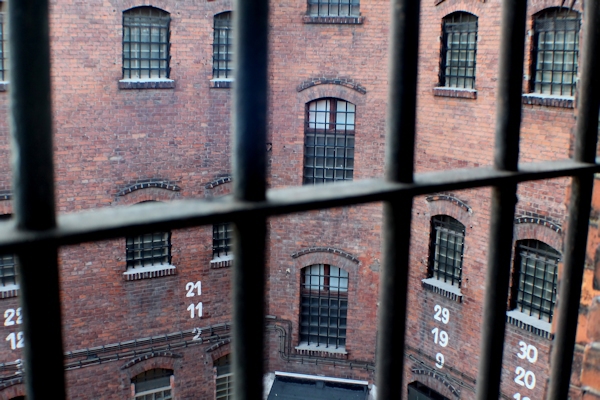 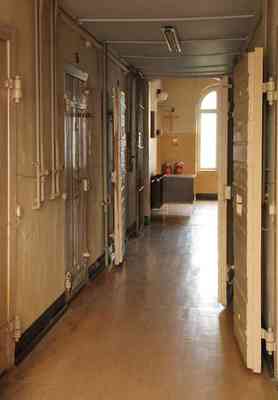 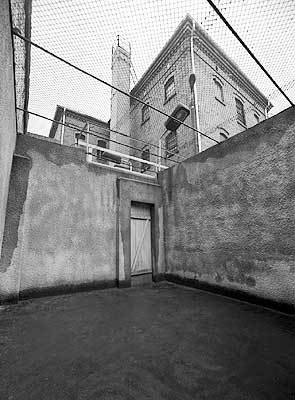 The Moritzplaz Magdeburg Memorial is located in the former Magdeburg-Neustadt pre-trail detention center. The memorial commemorates all those who were held prisoner here due to political reasons during the Soviet occupation and under the GDR by order of the judiciary, the East German Volkspolizei ("People's Police"), and the Ministry for State Security (Stasi). The prison, which had been built in 1876 and used as a detention center since 1945, was used by the Stasi from 1958 to 1989 to hold over 4,500 men and women awaiting trial. The Stasi used psychological torture to attempt to squeeze confessions from prisoners so as to facilitate their conviction as "enemies of the state".
The cellblock and the entire exterior complex, which been maintained as found in 1989, is open to the general public, as is the permanent exhibition located in the front building previously used by the Stasi for the interrogation of prisoners.

The permanent exhibition, 'Grundsätzlich kann von jedem Beschuldigten ein Geständnis erlangt werden.' Die Untersuchungshaftanstalt Magdeburg-Neustadt 1945-1989 ("'In Principal, a Confession Can Be Obtained from All Defendants' – The Magdeburg-Neustadt Remand Center 1945-1989"), opened in 2012. The exhibition, which is divided between the first floor of the prison house and the ground floor of the front building, employs multi-media stations and other forms of presentation to convey the biographies of numerous former inmates and document the history of the prison's use. An additional exhibition, entitled Im Namen des Volkes? Über die Justiz im Staat der SED ("In the Name of the People – The Judicial System under the SED") and presented by the German Federal Ministry of Justice, is found on the second level of the cellblock.
Guided tours as well as seminars dedicated to different thematic areas are available for visiting groups; likewise, project days can be organized for school groups. Timely advance registration is requested.
Detailed information on the available educational opportunities can be found by clicking on the link to the online presence of the Moritzplatz Magdeburg Memorial.
The permanent exhibition in the front building on the history of the former Magdeburg-Neustadt Stasi detention center is accessible by lift, and a disabled toilet is located on the ground floor of the same building. The historical cellblock and the prison yard, however, are inaccessible to those in wheelchairs and of limited access to guests with disabilities, as the respective entrances are reached via 5 or 7 steps.